To The 5th Generation 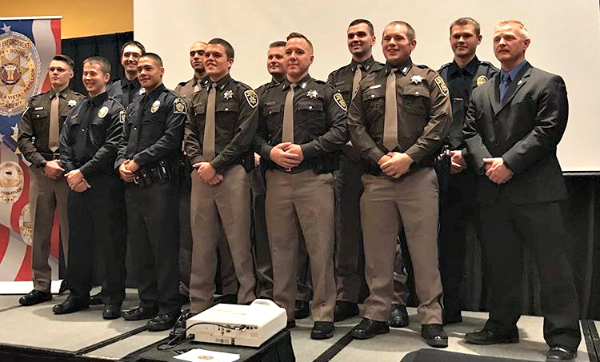 Our family celebrated a milestone this past week when my nephew Zachary graduated from a multi-agency Academy in Nebraska.  What makes this event even more special is that when he was sworn in, he became the 10th law enforcement officer in our family, carrying our family’s law enforcement service into the 5th generation.

Zachary was there 18 years ago when I was sworn in as a Reserve Police Officer in Beaverton, Oregon.  On many occasions when on duty I would stop by his home, let him hang out in my patrol car and give him short rides up and down the block.  That may have been a positive early influence, but the decision to become a sheriff’s deputy was all his own.  In addition to graduating and being sworn in, Zachary received top honor awards for both Academics and Firearms. 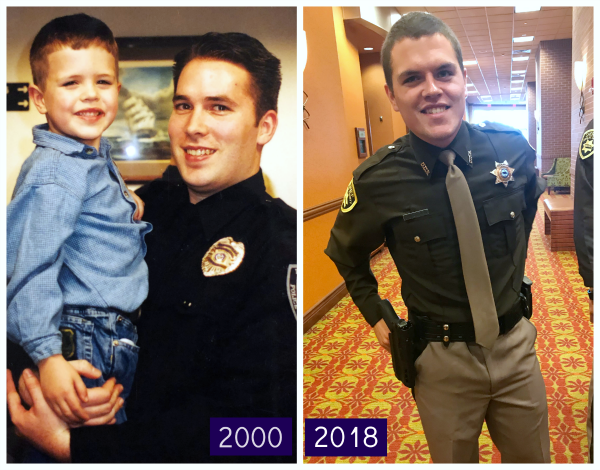 I asked Zachary 4 questions as he is starting his law enforcement career, and I wanted to share his answers with you:

What did you think you wanted to be before becoming a sheriff’s deputy?
When I graduated high school, I went to college and had the idea that I would go into the medical field.

Why did you decide to change?
After a year in college, I was able to job shadow some doctors and it became clear to me that I wouldn’t enjoy a career in that field. After thinking it through, I still wanted a career that I could have an impact in helping others. As I looked at other career choices, law enforcement immediately stood out. I saw it as a career choice that I could have an impact on the people in my community everyday. That next semester in college I took a class that was taught by a captain of the local police department, when asked about the job he said, “I go home every day knowing that I made a difference.” After hearing that, I was set on pursuing law enforcement.

What are you looking forward to most on the job?
I think I’m most looking forward to the relationships. A lot of our instructors in the academy have told us that the job is crazy and you will have a lot of great stories at the end of your career, but the thing that you will remember most is the friendships you will build with your brothers and sisters on the job.

What is your ultimate goal in the profession?
At this point it’s hard to say what my ultimate goal would be, there’s a lot of different areas that I could pursue even just within my department. I think that’s something that a lot of people don’t realize about law enforcement is that there are tons of different specialty areas that you can get into in the career. I’m not really sure where I will end up, but I still have a lot of time to explore those areas and figure that out. I would say, as an overall goal, if I can look back on my career and know that I made a difference then I would view my career as a success.

To Zachary, I say: Congratulations – you have joined a right, honorable and noble profession and I hope you have an amazing, safe and rewarding career!