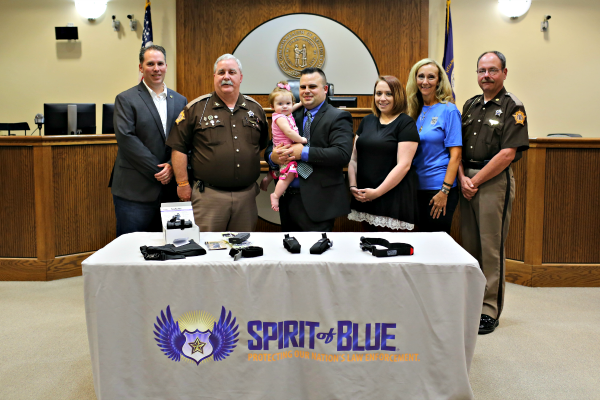 BENTON, KENTUCKY – February 18, 2019 – The Spirit of Blue Foundation announced that it has awarded a Safety Equipment Grant to the Marshall County Sheriff’s Office in the form of six tactical rifles complete with accessories and tourniquets with duty belt holders to outfit all of the deputies with the agency.  The grant was sponsored by Law Enforcement United, augmented by product donations from LMT Defense, Blue Force Gear and Magpul Industries.  The remaining product was purchased from Aimpoint and North American Rescue to fulfill the grant valued at a total of $16,438.

On January 23, 2018 Marshall County High School was the target of an active shooter attack in which two students were killed and another fifteen were injured.  Following that event, where local law enforcement responded within minutes and apprehended the suspect, a local initiative commenced to enhance the capability of MCSO as part of the area’s “Marshall Strong” movement.  Brandi Greenfield, who organizes and runs Police Wives of Kentucky, contacted Spirit of Blue to inquire about safety grant opportunities for the agency where her husband also serves as a deputy sheriff.  The agency’s most critical needs were for North American Rescue Gen7 C-A-T Tourniquets and Blue Force Gear Tourniquet NOW! Pouches that would allow each deputy to carry a tourniquet on their duty belt.  Additionally, MSCO had recently hired six new patrol deputies, none of which had a patrol rifle.  LMT Defense donated six of their SPM-10 tactical rifles with 10.5” barrels, Blue Force Gear donated six Ten-Speed Chest Rigs and six VCAS weapon slings and Magpul Industries donated 30 PMAGs and six MBUS Rear Back-up sights.  Each rifle was further outfitted with a purchased Aimpoint PRO red-dot optic.

“As a police wife, I want to ensure my husband is prepared for any situation he may face – even those which we don’t dare to consider,” shared Brandi Greenfield.  “Our department did not have tourniquets that day.  And with the new-hires hitting the road, they didn’t have enough rifles for everyone, either.”

The granted equipment was presented at a ceremony hosted in the Marshall County Judicial Building.  Wives of sheriff’s deputies were on hand to personally present their husbands with their tourniquets.  Those deputies whose wives were unavailable received their tourniquets from Brenda Tiffany, mother of slain Kentucky State Police Trooper Joseph Cameron Ponder, who was killed in the line of duty on September 13, 2015 near Marshall County.

“When Brandi contacted me about the needs of the agency, she led with the story of the school shooting.  She said that I would never have heard about Benton, Kentucky if it hadn’t been for that event,” stated Ryan T. Smith, Executive Director of the Spirit of Blue Foundation. “So, there was a clear need and opportunity to get involved and deliver this missing safety equipment.  But what really struck me was the deep love she has for her husband who serves there and who she is passionate about seeing protected in his work.”

The Officer Down Memorial Page reported there were 150 law enforcement officers who lost their lives in the line of duty in 2018.  52 of those deaths were firearm related, a 13% increase over 2017.  The reality of these statistics, and the increasing number of underfunded law enforcement agencies across the country, fuel the Spirit of Blue safety grant initiative. 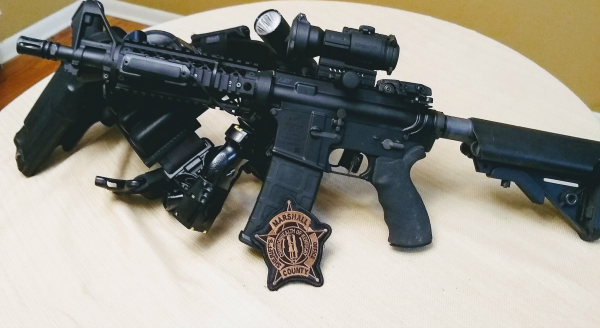 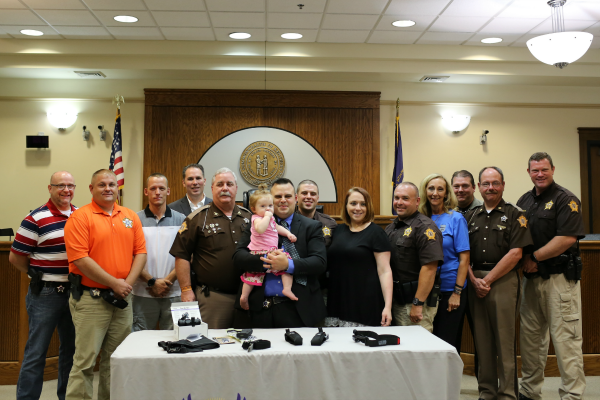