You are here: Home » Blog » News » In the News » Michigan State Police Receives LMT Rifles from the Spirit of Blue Foundation 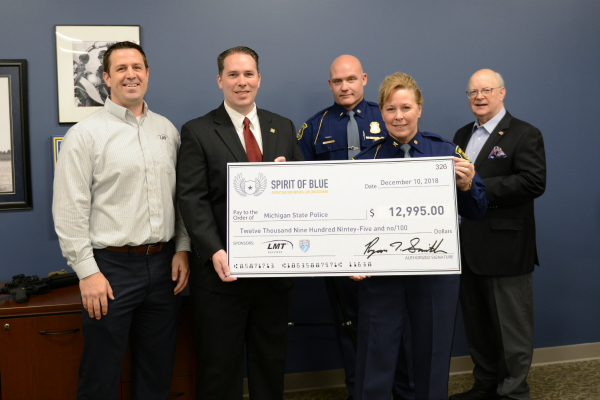 Lansing, Michigan – December 21, 2018 – The Spirit of Blue Foundation announced that it has awarded an Equipment Safety Grant to the Michigan State Police (MSP) in the form of five tactical rifles valued at a combined $12,995.  The MSP Emergency Support Team received the rifles and they will use them to assist in the conduct of their duties across the state.  LMT Defense, the manufacturer of the rifles, generously donated the product, which they manufacture domestically in Milan, Illinois.  Also contributing to the grant also was Law Enforcement United who has supported Spirit of Blue’s efforts since 2016 and Eugene Adamczyk (MSP Inspector, ret.) who was instrumental in the execution of the grant.

“The Michigan State Police Emergency Support Team handles over 200 high-risk calls for service each year,” said MSP Director, Col. Kriste Kibbey Etue. “We sincerely appreciate the generosity of the Spirit of Blue Foundation, LMT Defense and Law Enforcement United. I assure you that your support of our team will have a significant impact across the state of Michigan.”

The donated LMT Defense CQB10-MARS-LA rifles feature a fully ambidextrous lower assembly, 10.5” barrel, railed hand guards, select-fire trigger group and other enhancements making it specifically suited for the Emergency Support Team’s use.  LMT Defense was founded in 1980 to provide the US military, law enforcement and government agencies with precision engineered, high quality weapons.  Since that time LMT Defense has gone on to distribute its product to militaries, national police agencies and VIP protection details in 43 nations around the world.

“We are very happy to see these amazing tools go to such a very professional and deserving agency,” stated Ryan T. Smith, Executive Director of the Spirit of Blue Foundation. “From the command staff all the way down to the most junior member of the Emergency Support Team, it is clear that the people of Michigan are served incredibly well.  And now this team will have will have an extra measure of capability to employ if and when it is necessary.”

Statistics maintained by the Officer Down Memorial Page show that 145 law enforcement officers lost their lives so far in 2018 – a 6% increase over the previous year.  50 of those deaths were firearm related, a 12% increase over 2017.  The reality of these statistics, and the increasing number of underfunded law enforcement agencies across the country, fuel the Spirit of Blue safety grant initiative. 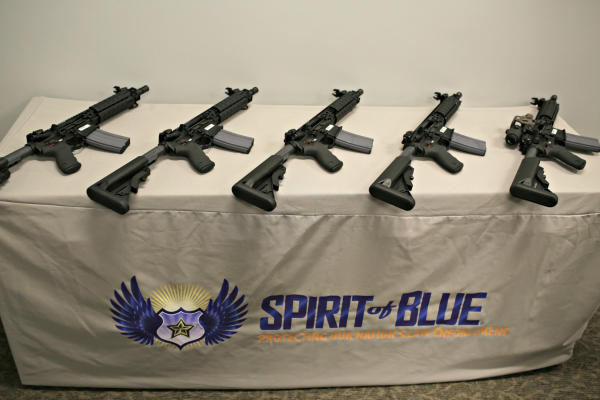 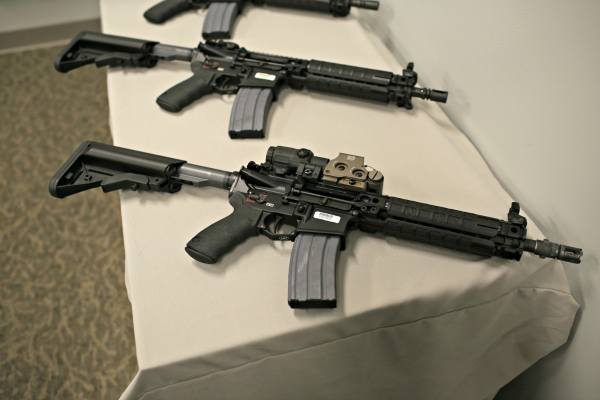