You are here: Home » Blog » News » In the News » Village of Sabina Police Department Receives Safety Equipment Grant From The Spirit of Blue Foundation 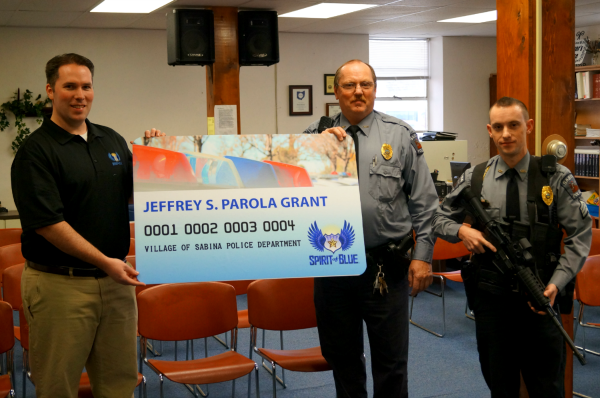 Image Caption – Ryan T. Smith, Vice-Chairman of the Spirit of Blue Foundation, presented the Village of Sabina Police Department with the first annual Jeffrey S. Parola Safety Equipment Grant. Receiving the grant was Chief Keynon Young (center) and Sgt. Adam Day (right) who modeled the rifle and chest rig at a meeting of the Village City Council on February 25, 2014.

VILLAGE OF SABINA, OHIO – February 26, 2014 – The Spirit of Blue Foundation announced today that it has awarded its first annual Jeffrey S. Parola Safety Equipment Grant to the Village of Sabina (OH) Police Department. The grant will allow the department to deploy its first ever patrol rifle for use by department personnel in the conduct of their duties. The grant is also being given in memory of fallen Maine State Trooper Jeffrey S. Parola who gave his life in the line of duty in 1994 and who serves as the inspiration for the founding of the Spirit of Blue.

The village of 2,500 residents sits in rural central Ohio and has seen a sharp rise in drug activity as manufacturing companies have closed and unemployment has grown. Though the police department has strong support from the village’s council, declining tax revenues have forced the department to turn to grants in order to acquire much of their safety equipment.

“When I started in law enforcement in 1997, I would not have imagined that a small police department such as Sabina would need to carry long rifles in the cruisers,” stated Chief Keynon Young of the Village of Sabina Police Department. “In this day, with a worldwide drug epidemic, no area is protected no matter their size or history. With the help of the Spirit of Blue Foundation and this donation, we are one step closer to making the Village of Sabina a safer place to call home.”

The Bushmaster Optics Ready Carbine is outfitted with an EXPS2 holographic weapon sight donated by EOTech, 5 PMAG’s, front and rear MBUS Pro sights donated by Magpul Industries and a VCAS sling and Ten-Speed M4 Chest Rig donated by Blue Force Gear for a total retail value of $2,370.13. The rifle will be on the road with an officer at all times in the village for use on high risk calls, tactical responses and livestock or wildlife control situations.

“These are the stories that highlight the need for our Foundation’s work,” stated Todd Parola, who serves the Spirit of Blue as the Chairman of the Board of Directors. “By stepping alongside this agency, we have given them a capability and measure of safety that they didn’t have before. And while we are hopeful they never have to use this tool, it is reassuring to know that they now have access to it.”

2014 statistics preliminarily released by the National Law Enforcement Officers Memorial Fund show an especially dangerous start to the year with 18 law enforcement officers having already lost their lives, which is a 29% increase over the same period in the year prior. The realities of these statistics, along with the increasing number of underfunded law enforcement agencies across the country, fuel the Spirit of Blue safety grant initiative. 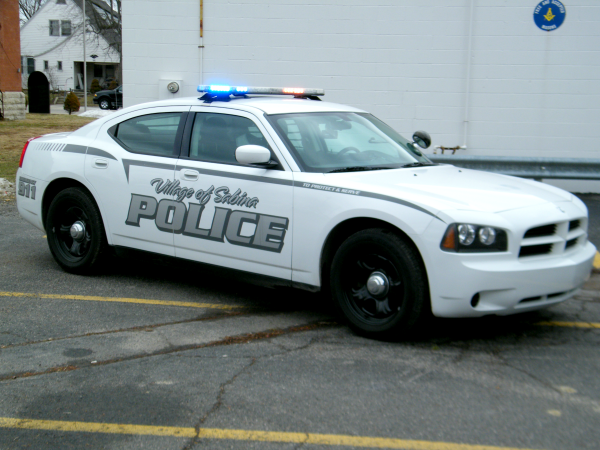