You are here: Home » Blog » News » In the News » Philadelphia Police Department Receives Safety Equipment Grant From The Spirit of Blue Foundation

PHILADELPHIA, PENNSYLVANIA – March 31, 2014 – The Spirit of Blue Foundation announced today that it has awarded a $10,000 Safety Equipment Grant to the Philadelphia Police Department for the purchase of at least 24 ballistic vests. The grant was given in memory of fallen Officer Charles E. Cassidy who was killed in the line of duty while attempting to stop an armed robbery in 2007. The ballistic vests will be purchased in conjunction with the US Department of Justice’s Ballistic Vest Program, which provides federal matching funds for ballistic vest purchases, and will be issued to members of the 35th District where Officer Cassidy served.

“We appreciate this generous gift that is being donated to our department in an effort to keep our members safe. A ballistic vest is one of the most important pieces of equipment for a police officer because it can save his/her life,” stated Commissioner Charles Ramsey of the Philadelphia Police Department. “We want to thank the Dunkin’ Donuts & Baskin-Robbins Community Foundation and the Spirit of Blue Foundation for this grant; and we thank you for honoring the memory of one of our fallen heroes, Officer Charles Cassidy.”

“We expect so much of our police officers. We need them in many ways to hold our society together,” commented Ryan T. Smith, Executive Director of the Spirit of Blue Foundation. “But there is an unwritten social contract that we will protect those who protect us. That is what we have to be about. So, it is an extreme honor to award this grant to provide ballistic vests to these fine men and women, so they can hopefully end each shift safely and return home to their families.”

The Safety Equipment Grant was enabled by a generous gift from The Dunkin’Donuts & Baskin-Robbins Community Foundation who partners with organizations that work to support public safety officers, in addition to a number of other community initiatives.

2014 statistics preliminarily released by the National Law Enforcement Officers Memorial Fund show that 29 law enforcement officers have already lost their lives this year, an increase of 16% from the same period in the prior year. On average 56 firearms related deaths occur annually. The reality of these statistics, and the increasing number of underfunded law enforcement agencies across the country, fuel the Spirit of Blue safety grant initiative. 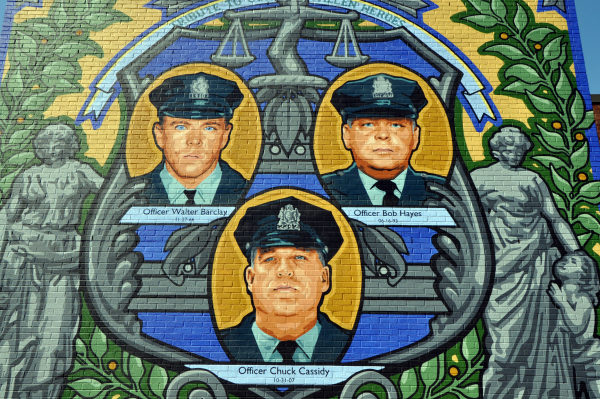 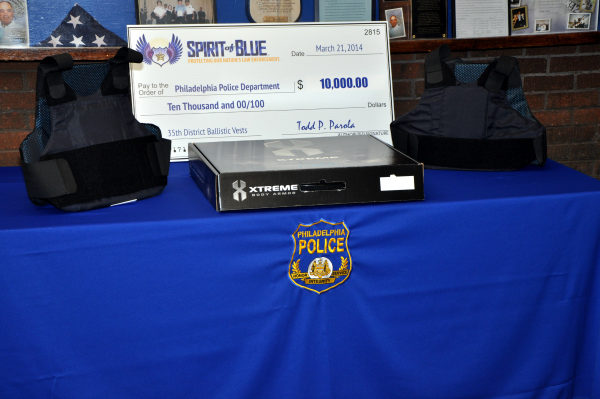