You are here: Home » Blog » News » In the News » National Police Week Re-Cap

2014 was the first year that Spirit of Blue was officially represented in the Washington, D.C. area for National Police Week, but that didn’t stop the Foundation from making a huge impact. Spirit of Blue brought along their newest Corporate Sponsor, Krispy Kreme Doughnuts and their Krispy Kreme Cruiser , to show appreciation for local agencies that support the National Police Week events, LEO riders from across the country that joined Law Enforcement United in memorializing lost officers and showing compassion for the survivor families with C.O.P.S. The goal of all of these events was to simply say “thank you”, to spread joy and put smiles on faces of those who serve and those who have lost a serving loved one. Here are some snapshots of what was accomplished.

Spirit of Blue and Krispy Kreme Doughnuts conducted appreciation events for the US Park Police, Montgomery County (MD) Police Department and the Arlington County (VA) Police Department. Each event brought out active officers, retirees, their families and civilian support staff who all play a crucial role in policing. 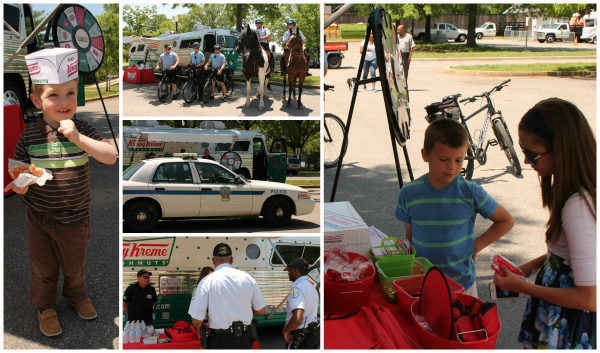 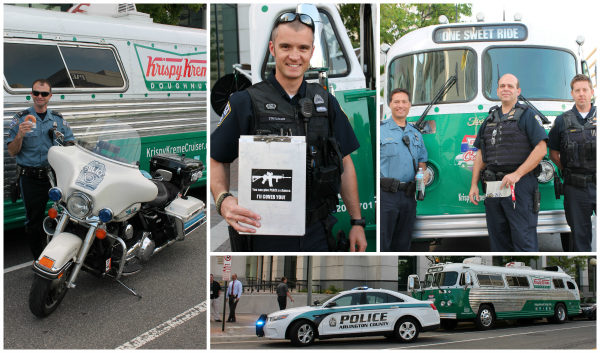 In support of Law Enforcement United , the Krispy Kreme Cruiser was positioned at the finish line of their annual ride, adjacent to the picturesque Lincoln Memorial. Over 600 riders descended on the memorial, passing memorial flags to survivor families and presented both C.O.P.S. and the Officer Down Memorial Page with generous donations. 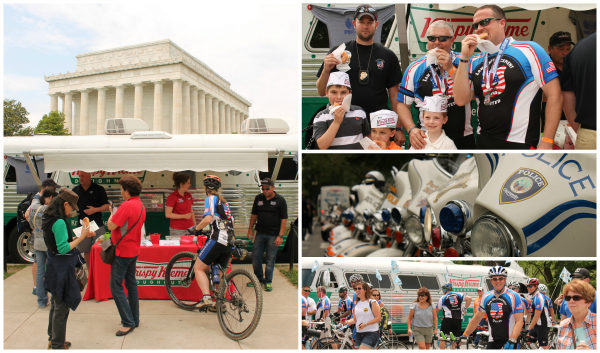 The most humbling event of the week was greeting survivor families on their first day at the C.O.P.S. Survivor Hotel. The hurt these families felt, along with their escorting officers, was worn right on the surface. However, through the power of a fresh doughnut, smiles broke out all throughout the hotel. No photos were taken of the event itself, so as not to exploit anyone’s tragedy. But, it was a honor to join with C.O.P.S. to show our appreciation for their sacrifice and to bring a small glimmer of joy.

We are so appreciative of Krispy Kreme Doughnuts and their generous donation of the Krispy Kreme Cruiser, prizes and over 3,000 of their world-famous doughnuts that were distributed across these events. 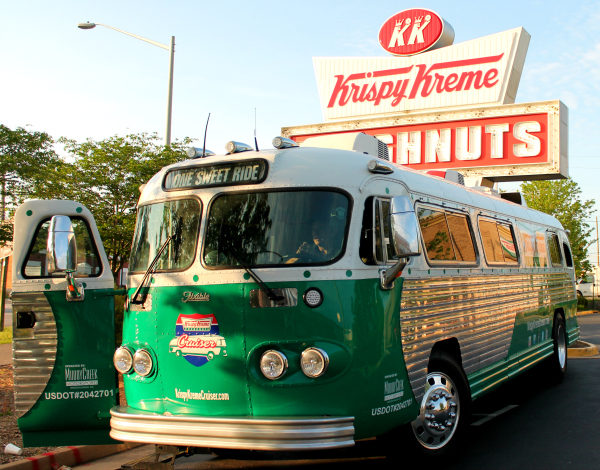